I just had to share some of Josh’s early sketches for zombie ipsum.

He probably isn’t thrilled about this…no one likes to have their baby pictures shown on a first date, but I just love them. 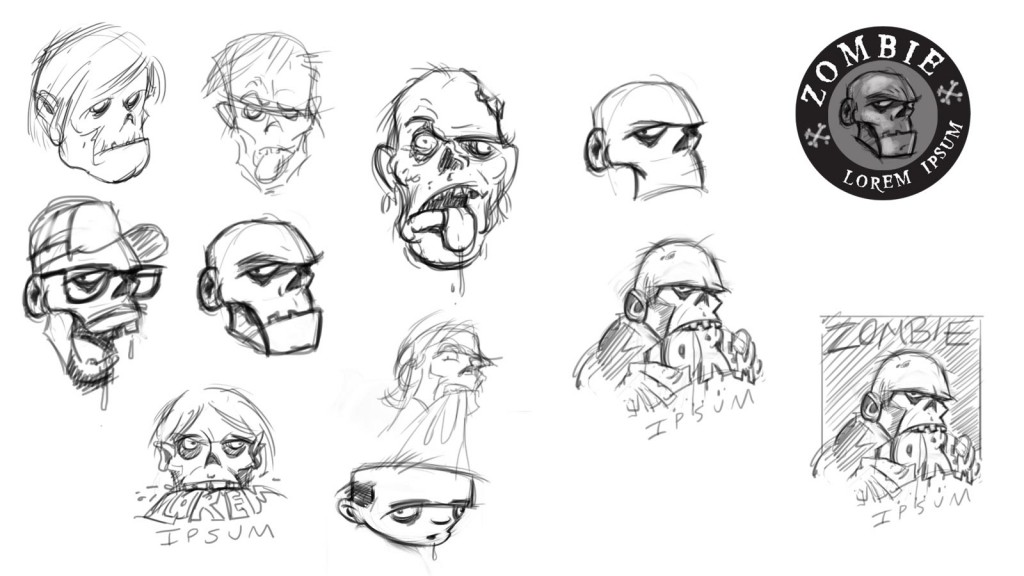 The History of Lorem Ipsum (How We Got Here)

Many people believe that Lorem Ipsum is either Latin or Greek. Graphic designers believe that these people to be idiots.

They believe that Lorem Ipsum is simply filler text used in design so that the client doesn’t get hung up on the words.

Nothing could be further from the truth.

Lorem ipsum is a dead language that designers originally used to communicate with the muses.

True story. Look it up on wikipedia.

In the 1960’s, shortly after the Apollo moon landing woke up the muses after a long lunar sleep, lorem ipsum made a big comeback and even got a hip new name: lipsum.

However, as lipsum gained in popularity it splintered like a poorly formed super group. Soon there was Samuel L. Ipsum, Bacon Ipsum and even Hipster Ipsum, each focusing on just one of the muses.

Not long after one of the muses was infected a strange virus and she gained a taste for human flesh. Necromancers then created a new language to speak to the undead muse, and they called it zombie ipsum.